Photo: Roy at the back; sharing his story with school children.

Roy Stamper is ministering to commuters on the trains of Cape Town on behalf of Industrial Ministry. He has a very powerful ministry and his own witness to share. This is his story.

“The man you see here was once a criminal, a drug addict, an alcoholic and a prisoner.

“I remember how, when I was struggling in life because of crime and drugs, my aunt tried to help me but failed. I was sent to sangomas for help, so that they could wash and rid me of bad luck with their traditional medicine, but they failed. Then I went to the AA Support Group and failed again. I tried with my own strength but failed time and again, until I gave my life to Jesus Christ, who saved me – glory be to Jesus!

“By the age of ten I was a thief already and by the age of fourteen I was a gang member, called Guilty Boy. At the age of sixteen I was stabbed in the spine with a knife and the doctors thought that I would never be able to walk again.

“Then I prayed to God in tears and pleaded for a second chance. I promised God that if He would heal me, I would go back to school and to the church and would stop hanging around with thugs. God answered my prayers. My legs came back to life and I was discharged from hospital.

“But my promise was quickly forgotten and I went back to my evil ways. I was arrested many times for burglaries and robbery. In 1990 I was arrested for armed robbery and sent to Pollsmoor Prison for the first time. Since then prison became my home.

“In 2002 I gave my life to the Lord Jesus. Since then my life has never been the same. I gave up the cult of 26 in prison for Jesus Christ, and I also gave up my tradition of worshipping my ancestors.

“Since I was released from prison in 2004 my mission became to tell the world that Jesus saves. I am now preaching the Gospel of Jesus Christ on the trains of Cape Town and try to save people from their destructive selves.

“God is in the business of changing and transforming lives, and I am one of His partners!” 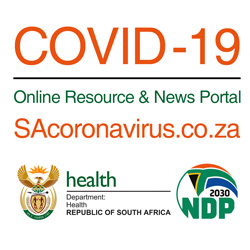